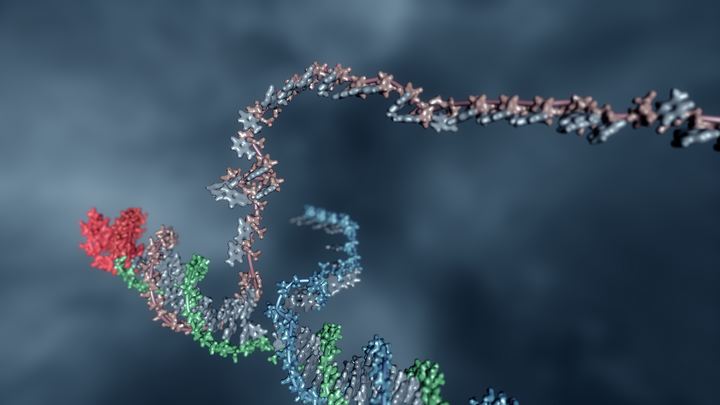 Recently, a range of information-processing circuits have been implemented in DNA by using strand displacement as their main computational mechanism. Examples include digital logic circuits and catalytic signal amplification circuits that function as efficient molecular detectors. As new paradigms for DNA computation emerge, the development of corresponding languages and tools for these paradigms will help to facilitate the design of DNA circuits and their automatic compilation to nucleotide sequences. We present a programming language for designing and simulating DNA circuits in which strand displacement is the main computational mechanism. The language includes basic elements of sequence domains, toeholds and branch migration, and assumes that strands do not possess any secondary structure. The language is used to model and simulate a variety of circuits, including an entropy-driven catalytic gate, a simple gate motif for synthesizing large-scale circuits and a scheme for implementing an arbitrary system of chemical reactions. The language is a first step towards the design of modelling and simulation tools for DNA strand displacement, which complements the emergence of novel implementation strategies for DNA computing.